ChelationNation.info
Doctors are not Scientists:
"My doctor doesn't get it..."

Aluminum
Arsenic
Cadmium
Gadolinium
Lead
Mercury
Nickle
The AMA does not "use" Chelation
Up To Date Resources                       Real Science                     Bias Toward No One
Double click here to edit this text.
Medical doctors receive little or no training in clinical research or scientific experimentation.  They are trained NOT to think critically or challenge ANY current or traditional paradigm.  Doctors are trained to maintain a conservative approach.
Chronic accumulation over years is ignored by AMA doctors
Most doctors (including the American Medical Association) know of only one way to test for metals... they take a blood sample.  But poison is poisonous precisely because it settles out of your blood and into your structural tissues within 24 hours, making it impossible for your organs to excrete it.    Whereas a biopsy would show that metals were there, blood will almost always come up negative.  There are no imaging techniques for metal molecules, just as there are no imaging techniques for minerals.  The only thing that can be imaged is the damage to the body that results.

Doctors often attempt to rationalize a lack of scientific understanding
Unless you fell in a vat of liquid metal yesterday, every single one of your traditional doctors, from the Family Doctor to the Toxicology Specialist, will have no idea that you may be currently poisoned by any of the 21 poisonous heavy metals.  They DO NOT know how to accurately test for it.
Medical doctors are not scientists
The National Institutes of Health (NIH)  Chelation Study

A very large study was initiated by the NIH to assess the effects of IV EDTA chelation therapy on circulatory disease.
The study was temporarily halted (2008-2010), for reasons requiring better communication with study participants.
The study is currently under way again. 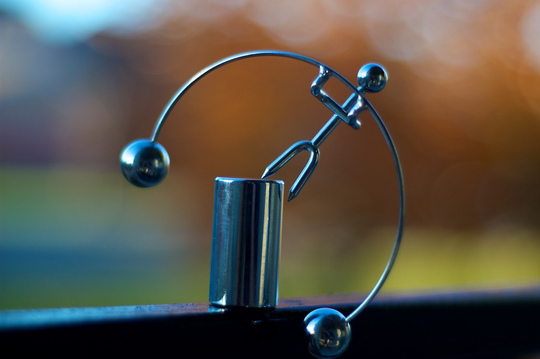